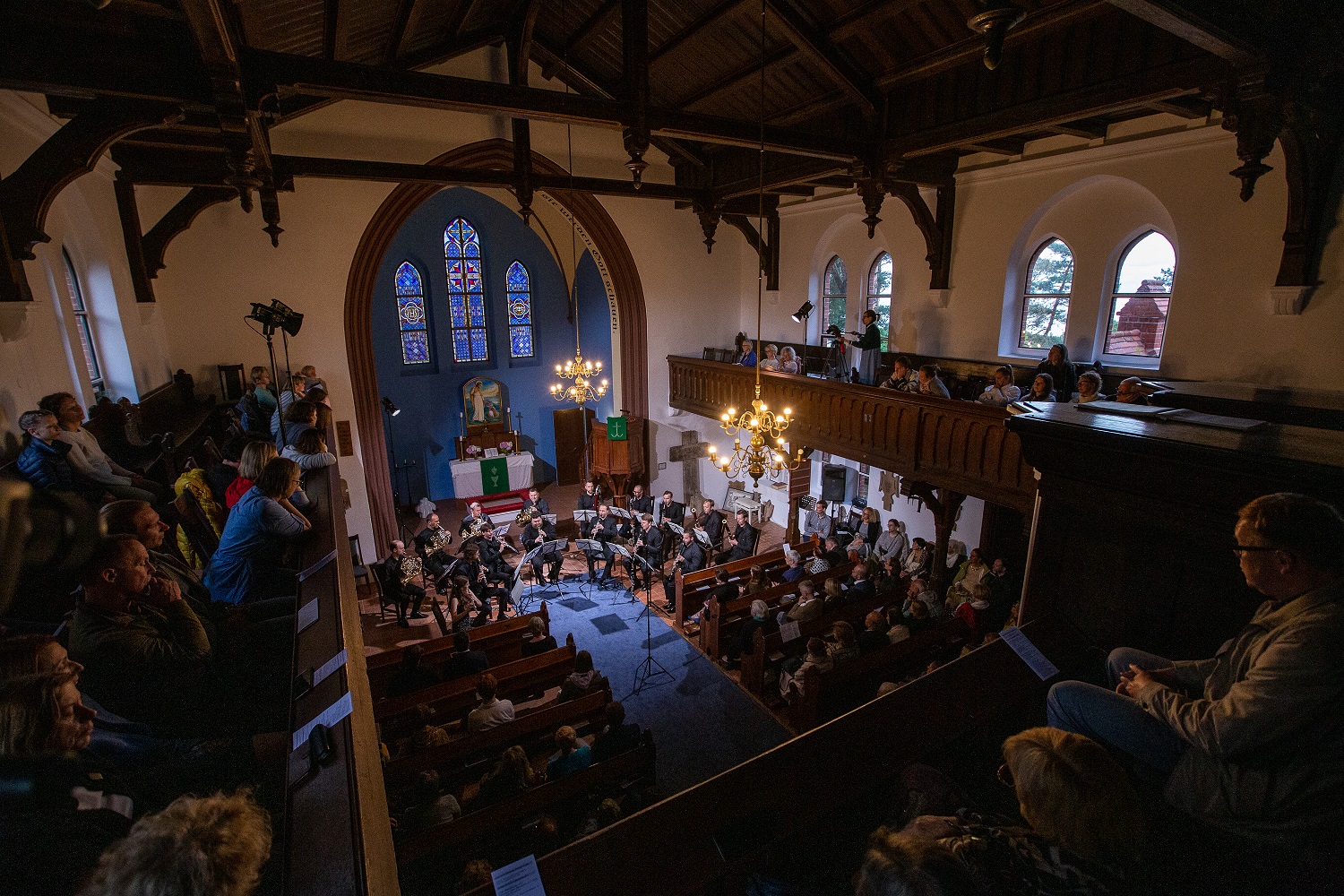 The XXVI International Thomas Mann Festival, which ended in Nida at the weekend, invited the public to 25 events over the course of a week: concerts, discussions, exhibitions and film screenings. They attracted around 5000 visitors. According to the organisers, the festival, like a New Year’s greeting, is a key event in the calendar of participants and regulars, and the announcement has already been made as to when it will take place next year: the XXVII Th. The XXVII Thirty-first Mann Festival is scheduled for 15-22 July 2023, with the theme “Cultural Landscapes. The Stranger”.

On 16 July, the finale of the XXVI Thomas Mann Festival was marked at the Evangelical Lutheran Church in Nida with a spectacular Final Concert with brass chords – an impromptu brass orchestra of up to 16 members met on stage for one evening to perform the works of Carl Nielsen and Richard Strauss.

According to Th. Irena Vaišvilaitė, Chair of the Curatorial Board of the Mann Cultural Centre, although this year, due to geopolitical issues, the organisation of the festival took place in even more difficult conditions than during the coronavirus pandemic, the event continues to take place, maintaining its tradition of humanistic thought and responsible thinking in the face of barbarism.

Th. The Mann Festival consists of programmes in several genres: music, speech, art and film, united by a common theme chosen by the international curatorial team. Next year’s event on the theme of “The Stranger” will complete the three-year cycle of “Cultural Landscapes”, which last year and this year was marked by the themes of “Coasts” and “Neighbourhood”.

The film screenings also attracted great interest of the resort audience. The discussions of the speech programme, which focused on the origins and historical context of geopolitical issues, were particularly engaging for the audience: the Ukrainian filmmaker Sergej Loznitsa, the writer and philosopher Jaroslav Melnik, the historian Vygantas Vareikis from Klaipėda, and the other guests were asked a large number of questions by the audience.

The winners of the essay competition, which was held for the sixth time at the festival, were also honoured at the event. The best essay of the competition was the essay by Augustas Sireikis, who studies at the Faculty of Philology of Vilnius University (VU). The top three were also the work of Dorota Sokolovska, a student of the Institute of International Relations and Political Science at Vilnius University, who won the competition the previous year, and Gintarė Valionytė, another winner of the previous year, who studies at the Lithuanian Academy of Music and Theatre.

Festival news is published on the website www.mann.lt. Th. The activities of the Mann Cultural Centre are funded by the Lithuanian Council for Culture.