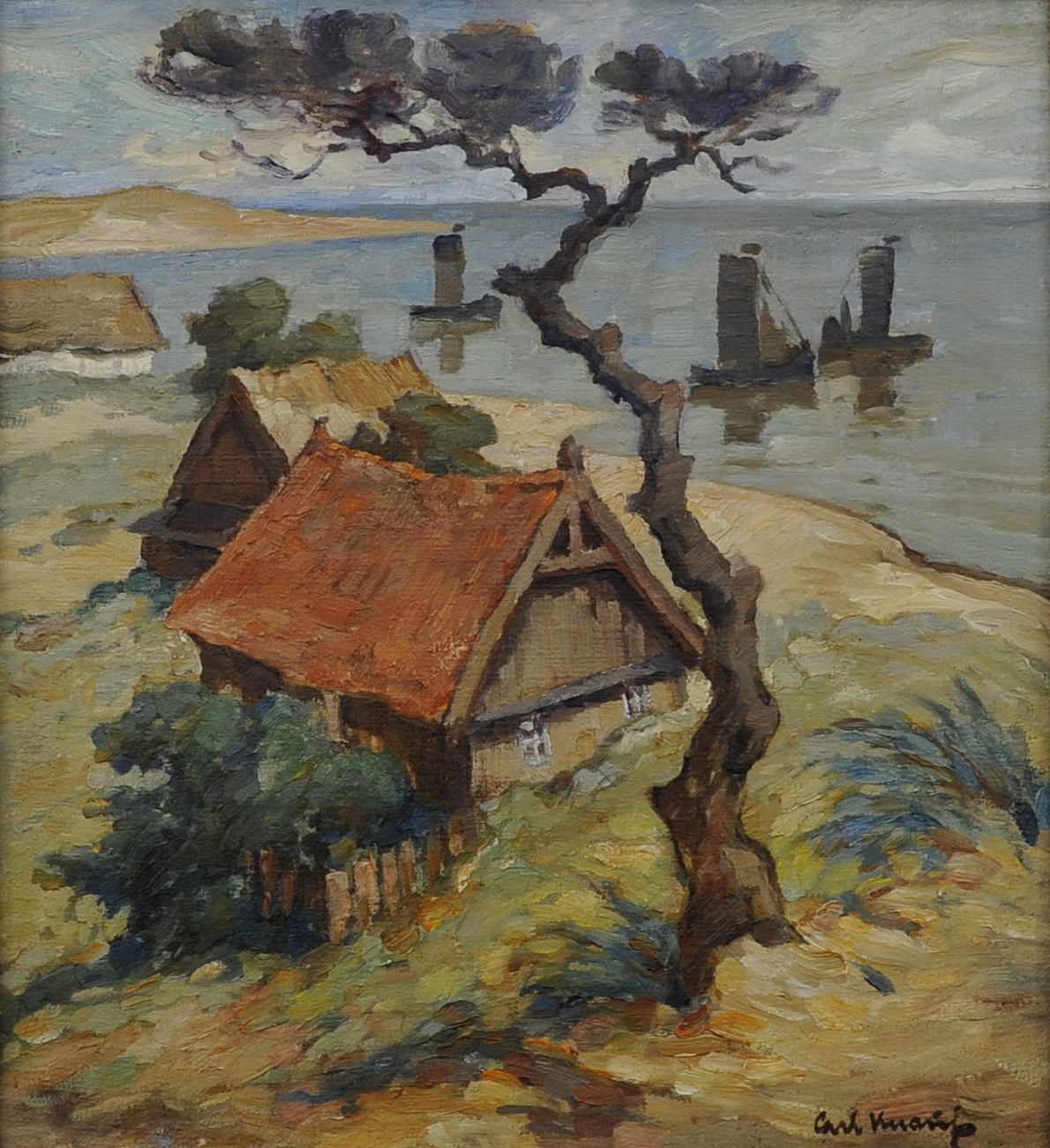 The phenomenon of artists’ colonies emerged in the first half of the 19th century, when artists, especially painters, began to look for inspiration in places far from the cities. They were motivated both by a desire for a simpler, more natural life and by a desire to get rid of academism in art. Besides the landscape, the local population was also a rich source of inspiration. Along with the artists, friends from all walks of life came to the newly founded artists’ colonies all over Europe: writers, poets, composers, representatives of the music and theatre world, art critics and art collectors. The artists’ colonies became their meeting place. An artists’ colony was also founded in Nida, which became a popular summer and creative destination for German artists and intellectuals: Painters, photographers, writers, actors and composers found an island of tranquillity and a source of creative inspiration on the Curonian Spit. After the Second World War, the artists’ colonies unfortunately lost their existence.

After the end of the Cold War, the artists’ colonies that had spread all over Europe were revived, not only to preserve their past, but also to create the possibility of a new, shared artistic future. In 1994, euroart, the European Federation of Artists’ Colonies, was founded as an important network to achieve this goal. euroart was established in Brussels under the auspices of the European Parliament and the European Commission.

euroart currently consists of around 70 members from 13 European countries and from 42 Artists’ Colonies: Austria, Belgium, Denmark, Finland, France, Germany, Hungary, Italy, Lithuania, the Netherlands, Norway, Poland and Russia. euroart members work together to organise exhibitions, exchange opinions, knowledge and artists. At their annual meetings, they not only inform each other about what is happening in their respective colonies, but also work together for better cultural understanding and cooperation in a European context.

You can read more about Artists’ Colony in Nida here: http://nuostabiojizeme.lt/en/#