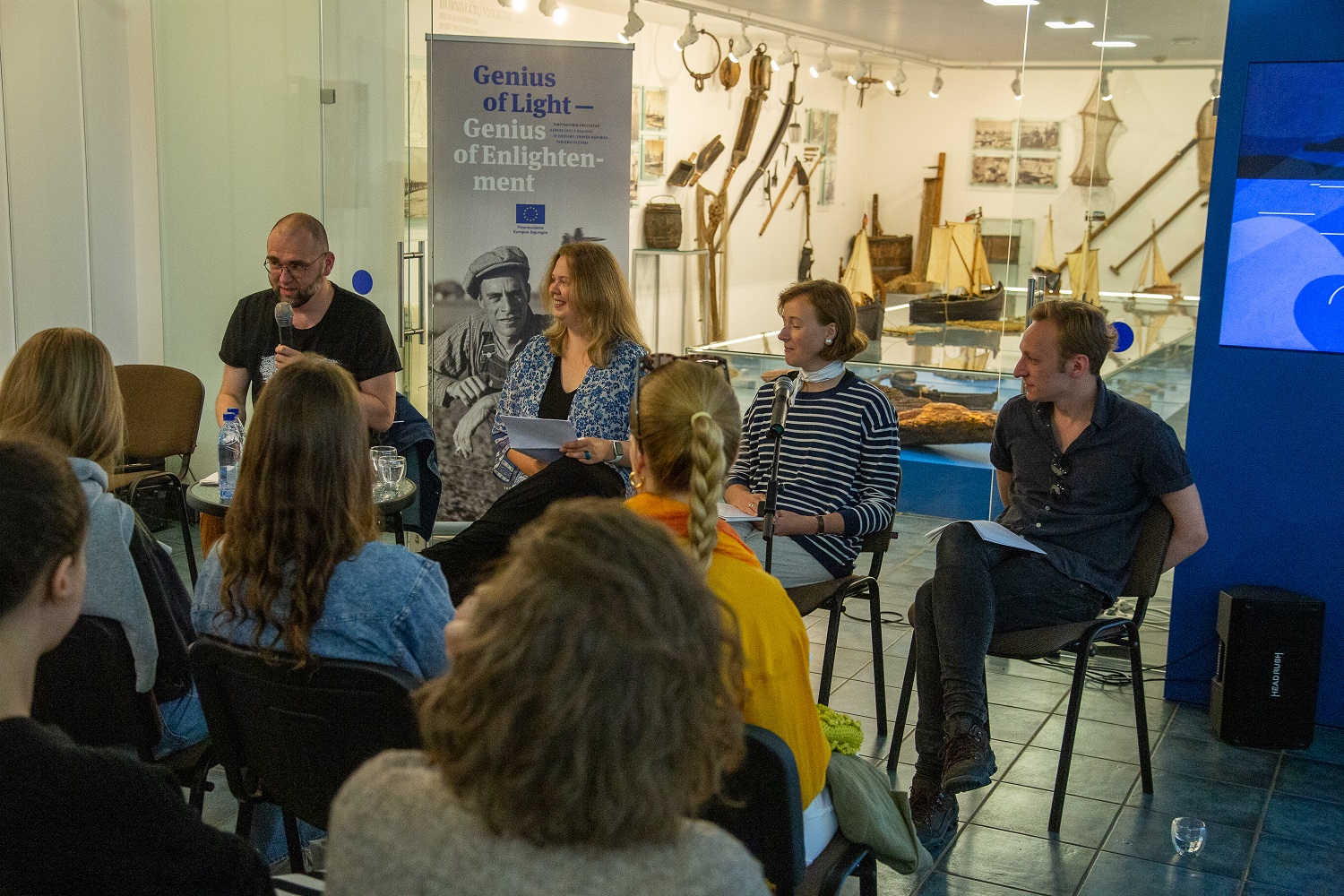 The sixth edition of the essay competition for students of the International Thomas Mann Festival has found its winners. The winners, who presented their work to the public at an event in the Museum of the Curonian Spit on 14 July, this year dealt with the festival’s title theme, neighbourhood.

The best essay in the competition was the essay by Augustas Sireikis, who studies at the Faculty of Philology at Vilnius University (VU). The three best essays were written by Dorota Sokolovska, a student of the Institute of International Relations and Political Science at Vilnius University, who won the competition the previous year, and by Gintarė Valionytė, another winner of the previous year, who studies at the Lithuanian Academy of Music and Theatre.

“Six years ago, when we launched this competition, it was probably the only one for the student community. Over time, other creative initiatives like this have emerged, and it’s great to see our winners going on to win other essay competitions. Young people are educated in the best sense of the word – they are able to write not only a fluent text, but also one that addresses the issues,” says L. Katkus.

“We have been very supportive of the initiative for this competition and look forward to seeing how it and its participants grow,” said Auksė Bruverienė, Cultural Projects Coordinator at the Goethe-Institut in Vilnius.

The essays of this year’s prize winners are very diverse and reflect their life and study experiences as well as their personal writing style. The authors have analysed the specifics of today’s neighbourhood through a historical and psychological prism from the perspective of the independence generation, incorporating both local and international geopolitical issues. The essays of the winners of the essay competition can be found at Th. Mann Cultural Centre website: www.mann.lt.

XXVI International Th. XXVI Théodore Mann Festival “Cultural Landscapes. Neighbourhood” is taking place in Nida until Sunday. The programme includes discussions, exhibitions, concerts and film screenings. The final act of the event is scheduled for Saturday evening: An improvised wind orchestra with musicians from Lithuania and abroad will perform at the closing concert. For more information on the festival programme and to buy tickets, visit www.mann.lt. Th. Mann Cultural Centre’s activities are supported by the Lithuanian Cultural Council.